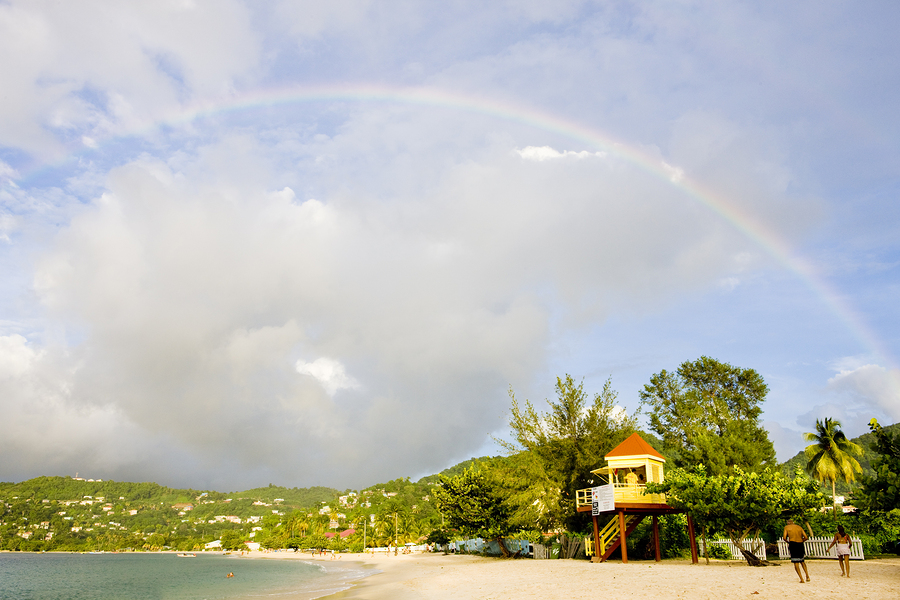 There are many, many islands in the Caribbean and everyone has their favorites. Grenada is often one of these favorite vacation spots. The name refers to both the country, a sovereign state since 1974, and the largest island in the six island chain that sports the same name. It is very close to Venezuela in South America in the very south eastern part of the Caribbean. Its position means that it is almost – but not totally – hurricane free, and has a tropical climate with both rainy and dry seasons. It is not surprising that tourism is its main economic mainstay. Here are some things that may be useful to know as a visitor to the island(s):

• English is the official language.

• The Queen of England is Head of State ( parliamentary system similar to Canada).

• The pretty town of St. Georges is the capital situated in probably the most popular area of the island for tourists, the south west.

• Grenada is also known as The Island of Spice, producing and exporting the largest percentage of the world’s supply of nutmeg. Cinnamon, mace, ginger, cloves and other spices are

• There are two very popular brands of rum benefiting from local spices (and sugar cane of course!): the extremely potent River Antoine Rum and Westerhall Rum. The former is not always available due to its popularity, so if you see a bottle, buy it!

• Be sure to feast once on the island’s signature dish, oil down. It is breadfruit, fish, meat and vegetables slowly cooked in coconut milk and callaloo (usually amaranth or taro, green leafy vegetables).

• Eating locally, you will find many dishes reminiscent of Creole cooking due to the lasting French influence from its early history as a French colony founded in 1649. It didn’t come under English control until (for the last time) 1783.Visit Fort George, and explore its tunnels for your dose of history on vacation.

• The island sports many popular hiking trails in its national parks. You can choose between short walks to mile long hikes in the Grand Etang Lake National Park. Take a camera as there are waterfalls, hot springs, and all the beautiful foliage and animals that came with a rain forest. The lake itself formed in a crater: Grenada is volcanic-based.

• If you wish to see a variety of birds in the wild, take a trip to the Levera National Park which is coastal and lagoon based (compared to Grand Etang which lies in the island’s interior). This park also has a beautiful beach.

• Speaking of beaches, Grenada has almost 50. All are required to be public, and non-nudist, even to the most expensive resort’s sea frontage. But rest assured, with a small population of less than 120,000 and with that number of beaches available, privacy can still be found. The most popular beach is Grand Anse on the south western coast. It is in the top ten lists of best beaches in the world.

• If you like snorkeling or scuba diving, this is the place. Explore the largest ship wreck in the Caribbean, the Bianca C., or take in the 65 – and this is a growing number – sculptures in the Underwater Sculpture Park. Even if you don’t swim, you can observe this underwater art gallery from glass bottomed boats. It is truly unique!

Article first appeared on The Travel Bucket.
Photos courtesy of pixabay.com and bigstock.com