There are hundreds of festivities celebrated throughout Europe and if you are lucky in the timing of your travels, you may be able to attend one whether by design or by happenstance. For instance, many folks travel specially to visit the various European Christmas Markets in late November-early December, see the colorful costumes and masks of the Venice Carnival which is celebrated annually prior to Lent, or to the running of the bulls in summertime Spain.

Here is a brief exploration of three other festivities that may peak your travel interest:

If you like to travel the northern regions in winter, you can celebrate this annual event in Lerwick, Shetland every January on the last Tuesday of the month. Though it is over in a day, preparations take up most of the preceding year leading up to the event.  Originally the festival was held during the Christmas season with much rowdiness, mischief, drunkenness, and burning of tar barrels but has transformed slowly over the years, beginning in the Victorian era, to a more scripted spectacle which culminates in the burning of a Viking longship.

Teams design costumes or disguises and are known as “guizers” with the head guizer called the “Jarl” who takes on the persona of a legendary Viking.  Throughout the day, the teams visit various hospitals, town halls, and other public venues performing an act for the on-lookers. The Jarl’s team is the principal team and leads the evening’s torchlight procession whereby the longship (or galley) built during the year is dragged through the streets to its final resting place. The official Up Helly Aa song is sung around the ship ending with the throwing of the torches onto the longship to burn. After a traditional Norse song, it is time for everyone to party and this revelry can carry on all night and into the following day, an official holiday.

Carnival in The Netherlands

Celebrated mostly in the predominantly southern Catholic regions of the country, this festivity continues for three days ending with Ash Wednesday. In 2019, it is scheduled for March 3-5th. It is a celebration of the coming of spring as well as the theme of role reversals where the low becomes high, and social norms are discarded. Most everything closes down as everyone participates with costumes, parades, and merry making. With the bestowing of the keys to the city, a “prince” of the carnival is chosen and he rules his Kingdom of Fools for the three days. As with the wearing of costumes comes anonymity, and many folks use their costume to express their views whether they be politically incorrect, critical of current government or religious policies, flaunting taboos, or for mockery. Some participants have a different costume for each day. Be prepared for feasting, much drinking, dancing, and parades! And bring a costume so you can join in.

Celebrate the wearing of the green in Dublin, Ireland on March 17, the date St. Patrick died in 461. To “wear the green”, you should wear a sprig of shamrock on your clothing. Or just wear green colored garments or hats. Though there are parades all over Ireland, the largest takes place in this city which sports buildings and bridges spotlighted green in honour of the festivities. It is well-attended with upwards of a half million onlookers. If that is too “busy” for you, there are parades all around Ireland and Northern Ireland instead. Usually most places, including Dublin, celebrate for the few days around the day itself with the hosting of the parade on March 17, concerts, races, street performers, and so on. Much Guinness is consumed so join in the revelry, say Slainte (an Irish Toast), blend in, and have fun. 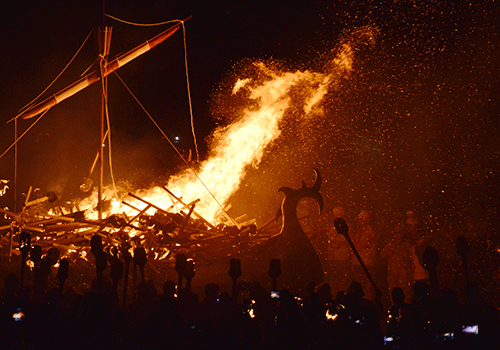 Up Helley Aa – Burning of the longship (Image: Adobe Stock) 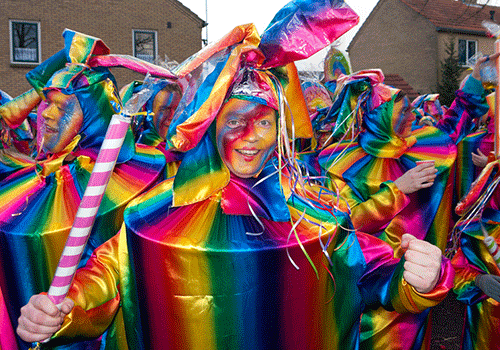 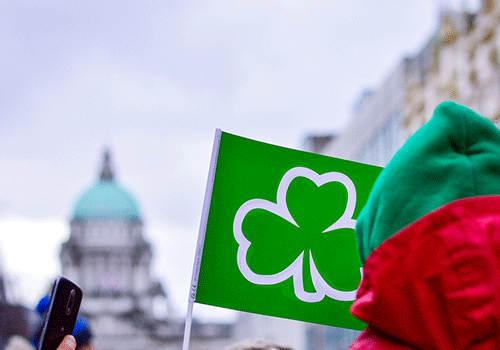 Like to read about another festivity? Read this on the luau in Hawaii.